Have you ever dreamed of having your name in lights or in a raving review? You're not alone.

Recently while reading the book, The Tom Hanks Enigma by David Gardner, I vicariously learned just what the experience of 'name in lights' recognition must be like and in the process also just how amazing Tom Hanks is as an actor. Like him or hate him, Tom has held a success streak for more than 20 years of achieving at least one major box office hit of over $100+ million dollars each consecutive year. That's a lot of years to have your name in lights. For the rest of us, however, aside from the occasional highlight we remain with singular achievements that most likely mark chapters in life. Today, it's more often a post on social media that got an abnormally high level of likes. Or a singular sport like running a marathon, participating in a triathlon or competing in a highly competitive obstacle course that signifies that sense of achievement. Then shortly after we go back to the day-to-day of life that is poorly connected to the experience itself. For me, in my attempts to see my name in lights, I worked to complete 4 documentaries in the past 15 years that have acted much like those solo achievements by all of us, which are connected by the common thread of returning to the day-to-day shortly afterward. While these milestones have been merely a blip in comparison to the great films of Tom Hanks and others. They have meant a lot to me, kind of like my opus to Mr. Holland (a movie that always made me cry). With all this craziness top of mind, I thought it might be fun to offer some escape to you and revisit a little of the timeline of my life work. Below are my 4 documentaries and some insight into what was happening in life around them. I hope you find time to enjoy one or two and share it with others.

I set out to do this film in 2005 while working on shows for NatGeo and Animal Planet in San Francisco. It was also shortly after I had returned from my sailing trip and capturing the film, Reaching Reality. Frustrated by the edit of Reaching Reality, which would go uncompleted for 15 years, I went off to Hawaii with friend Mark Gilligan (founder/owner of UltraSignUp) and his plans to complete the HURT 100 for a second time.

Ironically, after completing this film I left the project untouched for nearly 3 years before completing it in Italy after having moved there to be with my now wife. That decision and arguably the reason the sailing film didn't get publish was fear of failure. The inspiration and courage to do so came after watching two brothers (Giorgio and Marco Priori) complete a small documentary they had filmed in Alaska called, The Last Rush. Their courage to screen it before an audience was a light that shines on the darkness of my own fears of failure. I realized I needed to complete the project and I finished it shortly after. From there my first film went on to screen at the Arizona International Film Festival and win the Honolulu Film Awards in 2011.

*Footnote: Giorgio, Marco and I collaborated on a film called, The Violin Ghetto with there production company NextSun Productions. It was shot in Cremona, Italy. After a year of production, no funding could be secured and other than this teaser it was never completed. #2 Ultra High: Running at 18,000 Feet (2011)

If you have been following my work over the years you might be thinking to yourself that this film, Ultra High, was released nearly 2 years after the release of The High, so what gives on making it #2 in the list? Ironically this film was shot in 2011 and during that period I discovered a far more compelling story in The High. So while all this footage sat in a hard drive for another day, I created a fundraiser campaign on Kickstarter that collected $6000 (from some of you) and set off to return to the Himalayas of Northern India in 2012 to capture what is now, The High.

It is worth noting that I suffered from a certain amount of pulmonary-edema while sleeping at 14,000 feet near the finish line of the race to film the runners coming in. Upon my return to Italy, where I was living at the time, I was diagnosed with pneumonia after spending an additional 10-days on a honeymoon trip in India with my wife. It was painful and I still have scare tissue and suffer from asthma in my lungs today (I share in-depth the struggles of making both films in my behind-the-scenes doc called, The Making of The High).

The High will go down as my greatest accomplishment in filmmaking, however, what defines it as such can't be measured in the tangibles of traditional filmmaking (i.e. money and accolades). Besides screening in a few festivals and theatres, which offered some welcomed praise after a long period of production. The film did not turn out to pull in the audience I had hoped, but it did acquire my first distributor in Ananda Media out of southern France, whom I still proudly work with today. More importantly, however, the film represents my shift from an amateur with a camera to a director shaping a story.

I started this film in Italy, worked on it in New York while moving back to the United States and completed it in Detroit. Each move along the way made for a very challenging period to stay focused on the project. If you watch, The Making of The High (which I eluded to above) you will see the physical toll of pneumonia, asthma, and gaining 5 years in age, along with hours editing at a computer. However, it's completion and the confidence from building this story from A to Z was and is both the hardest and greatest accomplishments in my life.

*Released in 2014 the film opened at the Main Art Theatre in Royal Oak, Michigan and screened as a Finalist in the Trail Running Film Festival. It also was part of the Buenos Aires Film Festival and was personally premiered in New York at the SVA Theatre (home of the Tribeca Film Festival). #4 Reaching Reality: A Sailing Adventure of Turning a Dream into Reality (2019)

As mentioned earlier in this post, Reaching Reality started filming in 2004, while I was living in Santa Cruz, California and spanned over 15 years. I used to ride CalTrans up from San Jose to San Fran where Dan (a main character in the piece) would pick me up and the two of us would travel to Alameda Marina where we worked and filmed a full day on the boat before I would trek back the 1.5 hours home (this went on for 9-months).

During the filming, I reached out to an iconic surfer, Ian Cairns who was one of the Bronzed Aussies that beat out the Hawaiian's back in the '70s. Along with showing interest in funding the film, he encouraged me to purchase one of the first HD cameras ever made for the consumer market. It was the $5000 Sony Z1 (that shot 1920x1080i and captured everything on miniHD tape). The purchase was terrifying for me at the time, I had no bones and no business spending that money. Nor was I anything more than a bootstrapping filmmaker with only a few years experience working as a production assistant in Hollywood, but I did and that's history now.

After returning to San Francisco post the trip, I was homeless and sleeping on my girlfriend's couch. I would go on to edit for nearly 2 years in my home during off-hours before exclusively sharing a poorly edited DVD in 2007 to Dan and Dennis and shutting down in the project.

At that time everyone, but myself, thought that was the end of the film. I, however, envisioned completing it when I was in my 40's older and more capable to manage the characters and story that needed to complement the footage. When it resurfaced 15 years later and was accepted into the Santa Cruz Film Festival friends were amazed. Confused that I had spent so much time working on bringing back this long-gone project and excited at my accomplishment they showed up in big support to joined me in 2019 for the world premiere. It was easily the best screening of my life.

Tell me, what accomplishments are you proud of and what you're up to next. I read every reply.

P.S. If you watched one or two of the films and enjoyed them, please take the time to review it on Amazon and/or leave a comment on YouTube. I get to read them, which is great, and it helps move them up organically for those people I can't reach manually.

4th of July, Evel Knievel jump that you can drink too!

New documentary, 'Empty America: COVID-19 and the War for Right'.

Have you ever dreamed of having your name in lights or in a raving review? You're not alone.

What are you doing to deal with the complete shift in your norm?

Reaching Reality now on Amazon Prime! Would you be against watching and reviewing?

What do you do to help see your world from a different perspective?

Florida and The First Boy in Space. 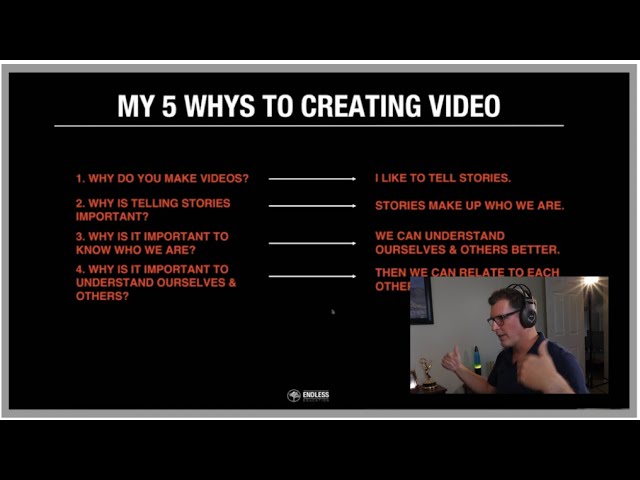 Customers buy from 60% of brands they already know and 90% from brands they follow on social.

4th of July, Evel Knievel jump that you can drink too!

New documentary, 'Empty America: COVID-19 and the War for Right'.